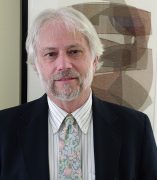 During most of my 40-year teaching career, both my teaching and research were directed to American art, from the Colonial Period to the recent past. I also published a bit in the field of American Decorative Arts, including writing that part of the five-author Abrams/Prentice-Hall text AMERICAN ART. As I also worked in museums for many years while teaching, I also taught the department's courses in museology. While serving as the first curator, and later as the Acting Director of both the Terra Museum of American Art and then the Spertus Museum, I developed other exhibitions and wrote the catalogs of several of their exhibitions.

Since retiring from full-time teaching at UIC, and in the past few years, my major professionally related activities have been my service on the Oak Park Historic Preservation Commission and the Board of the Illinois State Museum. I have guest curated exhibitions on Leon and Sadie Garland (of Hull-House fame), on Harold Gregor, and the current one on the paintings of the Chinese artist, Yuanwei Yang. I chaired the Oak Park Public ArtCommission from 2009-2015. I have lectured on Wright's Unity Temple (after my monograph, THE NOBLE ROOM, appeared), at the University of Notre Dame, Unity Temple, The Arts Club of Chicago, and Lawrence University, among other venues. I also wrote a history of my town: OAK PARK: THE EVOLUTION OF A VILLAGE (The History Press). I have lectured on artists at Hull-House, both at the Museum and at The Arts Club. And I authored a 42-page Master Plan for Public Art for the city of Michigan City, Indiana in 2012.